How can we write about the importance of the Río Grande without mentioning that it has historically been a place of migration?  Now that the river is controlled  by man, and it has become a site of nationality, immigration, and boundaries, yet it still binds both countries and its citizens, as well as their folklore.

If Southern Colorado, New Mexico, West Texas, South Texas, and Northern Mexico were a movie, the Rio Grande would be the leading actor (all 600 miles of it).  The Río Grande begins in the San Juan Range of the Colorado Rockies in Southern Colorado, and then travels through Northern and Southern New Mexico.  It continues to West Texas, connects to the Pecos River at Big Bend where it gets replenished with Mexico’s Río Conchos water, then travels to South Texas through Laredo, McAllen and finally empties in the Gulf of Mexico at Brownsville.  Next to the Mississippi River, if water flowed throughout the Río Grande, it would be the second largest river in the United States.

In El Paso, Texas, the Río Grande has played a historical part in defining both nations, and its people. Emanating from the snow packed mountains in Colorado, for many centuries, the Río Grande has provided water for people from Native Americans and for their livestock, to present-day farmers.

Years ago, El Paso, Texas was underwater.  When the waters receded, 35 million years ago, the continental shift or the Río Grande Rift was created, which left the present-day Río Grande.  When the oceanic waters receded, something fascinating happened–it left two beaches, the Sand Hills north of the Río Grande and El Valle De Juárez, on the South side of the river.  In 1967, Interstate 10 was built through the Sand Hills. Unfortunately, in recent years, because of global warming, the river has lacked water. The lack of  water has resulted in the lack of the endangered Río Grande minnow in New Mexico.

El Pasoan Daniela Calderon who goes by VivaVoodeux, painted the two-story mural you see before you, featuring La Llorona, in the Río Grande.  La Llorona (the Weeping Woman) emerges from the river surrounded by lush vegetation. She painted the mural at an eco-village in the Lower Valley.  In an interview, VivaVoodeux said she painted the mural on a wall of an apartment complex where children had never seen the creation of one.  She said the children would keep her company while she was painting the mural because they had never seen someone paint one.

VivaVoodeux said she always drew as a child.  She was encouraged by her mother in her art.  She entered school art competitions and even created a mosaic in the third grade.  She said the mosaic was so well done that others swore that her mother helped here. As a student at El Paso High School, she took regular art courses, but also enrolled in graphic arts and design courses.  Her art teacher was supportive of her work in an atmosphere that VivaVoodeux said was “cool and laid back.”  VivaVoodeux said her art teacher encouraged her to be serious about her work.  It was in high school that he started using spray paint to create her art.  She later took courses at UTEP towards a graphic arts degree.

With the help of her friends, VivaVoodeux said she has painted more with spray paint and has created graffiti in scene that frequently lacks women artists.  When asked why there’s a lack of women involved in spray can art, VivaVoodeux stated “[because of] men.”  She said women must know their worth in a scene that is predominantly dominated by men.  VivaVoodeux said “they [men] will get under your skin and threat you a little different.” She also said men sometimes see women as persons who want to come in the do the same things and sometimes its awkward. She stated a thick skin is essential. She also stated that the lack of women spray paint artists also may have to do with “where you live.”  She states that El Paso tends to be conservative compared to larger cities which may be more progressive.

The most significant conflict arising from the 1848 treaty boundary involved an area of land known as El Chamizal, a 600-acre tract that eventually became part of downtown El Paso, Texas. El Chamizal, so named for the kind of bush that grew there, was located south of the Rio Grande in 1848, but because of flooding and changes in the river’s course, the tract of land was located north of the river by 1910.  After the riverbed changed, the city of El Paso, the state of Texas, and the U.S. government exercised political jurisdiction over this section of land, but they were consistently challenged by the Mexican government.

In 1864, the Rio Grande changed course, leaving part of El Paso del Norte (present-day Ciudad Juárez) in the United States. This peninsula near Concordia remained a point of contention between both countries until it was settled in 1964 with the Chamizal Settlement.  Scholar Maria Trillo, in her ethnography of the Chamizal community, wrote a description of the Chamizal: “El Chamizal contained four principal components with it: two communities, an industrial/warehouse area, a large cotton field with the remains of a once-thriving cotton gin named the El Paso Milling Company, and a radio station (KSET) in the middle of those cotton fields.” Trillo added: “one of the communities was Río Linda, and the other was known as Los Jardines (Los Bosques) de Córdoba/Cordoba Gardens or Los Diablos (The Devils).

The late Leon Metz in his book Turning Points in El Paso, Texas, writes: “The Río Grande had changed course several times over the years, in 1827, in 1852, and finally in 1880 when it created Cordova Island which was considered Mexican territory.” The signing of the treaty in 1963, displaced residents all along the U.S./Mexico border, as parts of El Paso were returned to Mexico and other parts of Mexico were returned to the United States. The portion which was not returned to Mexico was turned into the Chamizal National Memorial and into Bowie High School. The Chamizal Settlement became the test case which then sanctioned the relocation of residents to other neighborhoods, like the Lower Valley and Northeast El Paso. 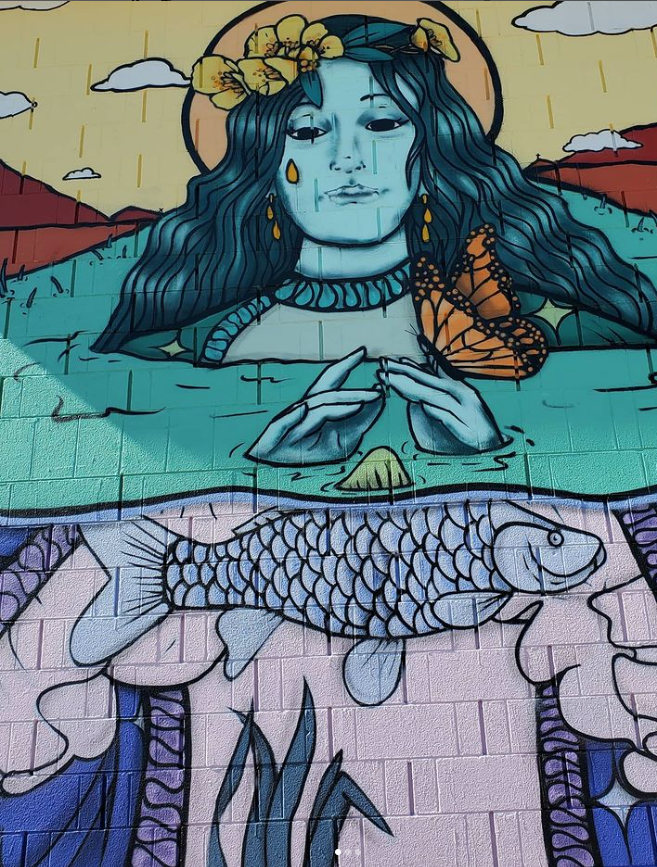